Back to all posts

The Problem with 'Alien' Environments

I guess one thing the Coronavirus (Corvid-19) is teaching us is that the more we get around, the more likely we are to encounter something we have no natural resistance to. This has been a major theme for science fiction writers for years. A quick glance at Wikipedia's list of disaster and "end of the world" fiction in books, television and film gives a good overview. I think the first such story I read must have been War of the Worlds by H G Wells, the twist there being that the technologically superior Martians were killed off by what, for us, is "The Common Cold". I think it was the Andromeda Strain that first really got me thinking about it, and this pandemic moves the whole thing back into focus.

Like it or not, until someone comes up with a way to treat it, or to prevent anyone getting it, we have all got to be super careful. Social distancing can only work to a point, and isolation of entire communities is not only difficult, but can produce a whole new raft of problems. As I've suggested already, this is a scenario many SciFi writers have addressed, H G Wells being among the first to do so. In his War of the Worlds, the invading Martians are defeated, not by superior human weapons or technology, but by the Common Cold. Ironic, because the "Common" Cold is a coronavirus ...

In my stories this is something I have tried to deal with by assuming that the spacefaring humans have discovered medical ways to render themselves immune, or at least less likely to be attacked by an alien bug. A bit of a leap of faith, but I touch on it (and the whole of this problem) in Harry Heron: Into the Unknown when Harry and his friends first find themselves aboard the NECS Vanguard. The ship's Surgeon Commander remarks that the trio have anti-bodies in their bloodstreams for diseases humanity has long left behind. The suggestion is made that these, coupled with their 'ancient' DNA may be useful in protecting humans from anything they may encounter on a new world. We can but hope this will be so when we do venture forth "into the unknown." 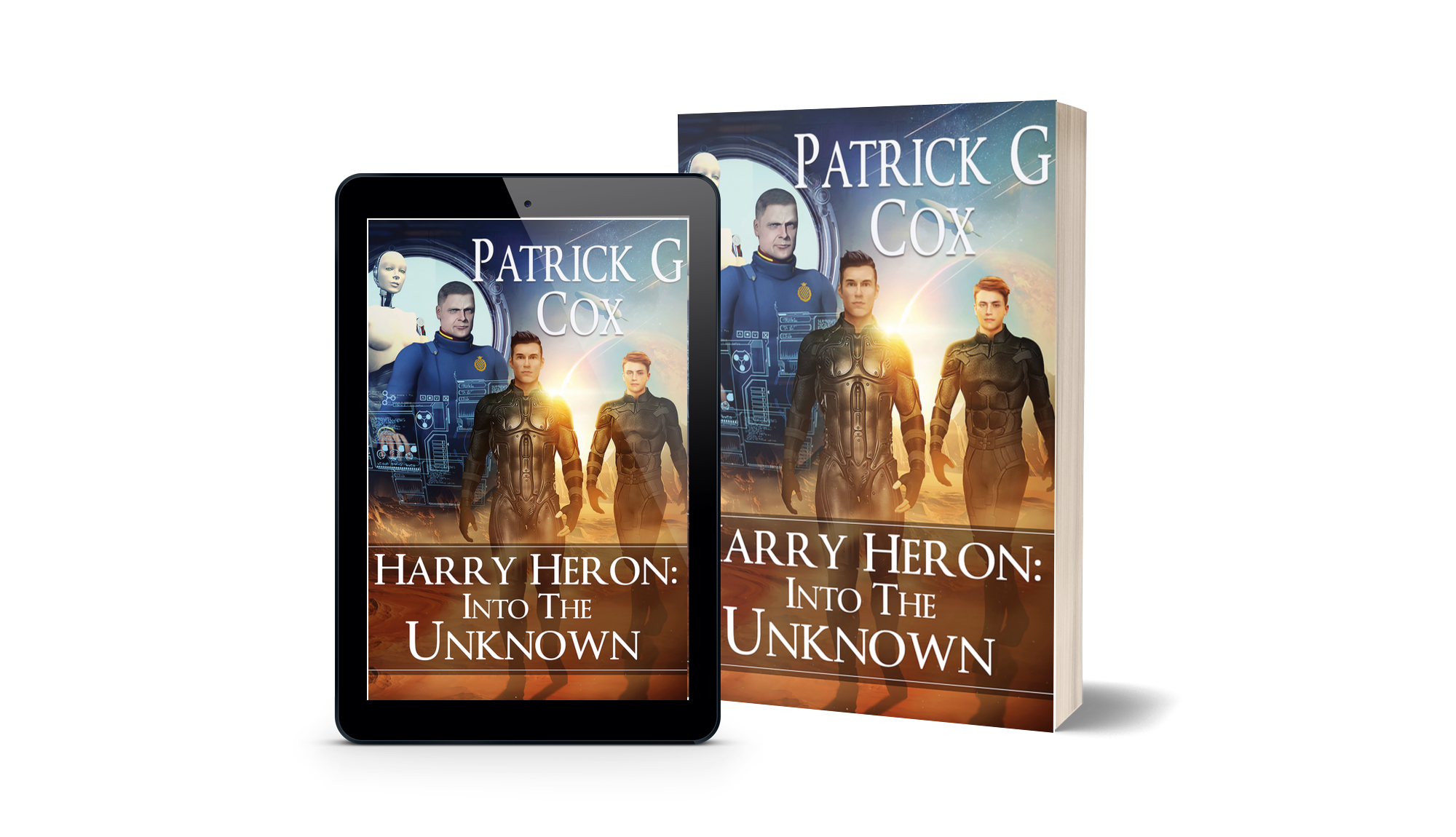 The current threat to humanity is, however, not from some future world, but from this one. I suppose we could argue that the lockdown is good in one respect in that there is less pollution in the air at present, but there is also the frustration of being confined. The perfect opportunity then for some reading while we wait for someone to come up with the medical means to render this Corvid 19 less of a threat to us all. Dare I commend Harry Heron: Awakening Threat to those who have not read it? Or the whole series to those have haven't encountered Harry and his friends before this?

Stay safe, and above all, stay well.